Based on sales history and collected reviews

First, use our high-level agent fee calculator to see how much you might pay in agent commissions.

Then, for an accurate estimate of your property’s value in the current market and what it will cost to sell, request an appraisal from the top agents working in Sydney – Baulkham Hills and Hawkesbury below.

The below list is compiled & ordered according to Top 3 Real Estate Agent’s own algorithm.
Your individual circumstances haven’t been taken into account.

With a wealth of local knowledge and abundance of enthusiasm, David Choy is a top performer in the Real Estate Industry. This has seen David ranked as high as number 8 nationally in the Real Estate Business Magazine’s top 100 agents awards and consistently ranked in the top 10 agents within the McGrath Network of over 1000 agents. David strives on customer service and delivering results above expectations for all clients. This is achieved due to David’s 20 years of experience in the Hills District while having lived locally his whole life. To further extend David’s skill set, he also speaks fluent Cantonese and deals extensively with overseas buyers. All these results don’t come easy and are the essence of David’s hard work and dedication to Real Estate.

According to our records David Choy generally sells approximately 65 properties a year at an average price of $1,401,838 (at time of calculation). David Choy appears to specialise in selling houses in Castle Hill and Kellyville.

According to our records Richard Faulkner generally sells approximately 49 properties a year at an average price of $562,960 (at time of calculation). Richard Faulkner appears to specialise in selling Units in Gosford and Wyoming.

After commencing his real estate career in 2006, Trent has worked his way through the ranks in East Gosford and for the last 10 years has been the top selling and most recommended agent in the suburb with many awards to his name. These include placing 19th nationally in the REB Young Gun Awards for 2015. His excellent communication skills, product knowledge and easy rapport with his clients make him the ideal agent to take care of any property. His negotiation skills are well-developed and his approachable nature is one of his best assets. A hardworking and trustworthy agent, Trent has a passion for real estate and it shows through every transaction he completes.

According to our records Trent Mullen generally sells approximately 56 properties a year at an average price of $683,367 (at time of calculation). Trent Mullen appears to specialise in selling houses in East Gosford and Point Frederick.

Greg Ramsey has a wealth of agency and property knowledge; he is a committed agent who is an ideal choice when it comes to buying and selling. With 20 years Real Estate experience as a clear market leader he specializes in the Local Area where he has lived his whole life.

His extensive customer base and excellent reputation gains him many referrals and repeat business and is known to clients as getting the job done. Greg Ramsey thrives on this market, “It’s a great market” having achieved many record sales. His direct approach and his results speak for themselves.

Specialising in customer service Greg is a highly organized agent with excellent communication skills. He is committed to delivering to a level of the highest standard. His is an excellent negotiator who is focused to obtaining outstanding results.

Prior to Real Estate Greg spent 12 years in the finance industry in a high profile marketing and customer relationship role, this wealth of knowledge gave him a solid grounding for what’s important. Greg is determined to bring his skills and professionalism to Real Estate and has subsequently built a solid reputation as a result by going that extra yard.

If you want your property sold; Greg Ramsey is the agent for the role.

According to our records Greg Ramsey generally sells approximately 33 properties a year at an average price of $560,606 (at time of calculation). Greg Ramsey appears to specialise in selling houses in Wyoming and Narara.

Michael Roberts has been with Louis Carr Real Estate for over 18 years and has worked his way up to his now Director position. Michael is a life long resident of the Hills district, currently living in Glenhaven where he is raising his family.

Michael is a record breaker and has achieved:

According to our records Michael Roberts generally sells approximately 49 properties a year at an average price of $1,614,296 (at time of calculation). Michael Roberts appears to specialise in selling houses in Glenhaven and Castle Hill.

At the helm of the business is Director Ben Jobberns who, together with Stephen Giacomelli, manages the highly successful real estate agency and Hills District institution that is Guardian Realty.

Focused on continually improving and developing the business to maintain its position as leaders in the industry, Ben is a highly driven and passionate individual with a dynamic and hardworking approach.

Ben’s love of the real estate industry has seen him gain years of experience as a real estate agent where he maintains a track record for achieving exceptional results. Talented at performing in front of a crowd, Ben is also a skilled auctioneer, which gives him a complete understanding of the mechanics of the buying and selling process.

Ben is a great communicator and a brilliant negotiator. As Head Auctioneer for Guardian Realty, Ben exudes confidence and has an uncanny perception for reading buyer’s limitations and emotions.

With this wealth of experience, Ben is committed to guiding the future direction of the company, as well as playing an active role in the sales and marketing of every property.

According to our records Ben Jobberns generally sells approximately 36 properties a year at an average price of $1,669,444 (at time of calculation). Ben Jobberns appears to specialise in selling houses in Glenorie and Galston.

When I entered the Real Estate Industry 19 years ago, my vision was to provide my clients with a great real estate experience in either the sale or the purchase of their home. I wanted to ensure that the process was as enjoyable and stress free as possible by offering a high level of communication, keeping them informed every step of the way.

Today I remain as committed, passionate and determined as ever.

My skills and experience in all market conditions has resulted in over 1,000 sales, so my clients can be completely confident that they are dealing with a highly trained professional for the sale or purchase of their biggest asset.

As a highly skilled negotiator and market strategist, I am able to deliver outstanding results and a fantastic customer service experience.

The four concepts I believe are essential in achieving optimum customer satisfaction are:

According to our records Scott Hunter generally sells approximately 47 properties a year at an average price of $654,634 (at time of calculation). Scott Hunter appears to specialise in selling houses in Springfield and East Gosford.

With 10 years of local real estate experience, Bonny is an amazing asset to the One Agency Lindy Harris Team. Bonny has been working in Real Estate since 2009 in the Singleton area. Before progressing into a Listing Agent role, Bonny was a Sales and Marketing Coordinator for Lindy Harris and possesses extensive knowledge of the Real Estate Industry from both an Administration and Selling perspective. Bonny is passionate & experienced with a strong work ethic. She is attentive, knowledgeable and genuine by nature and creates trustworthy relationships with her clients to create a mutually enjoyable experience for all. Prior to her Real Estate Career, Bonny completed a Diploma in Graphic Design. Collaborating this with years of experience in hotel management, the skills and attributes she brings to the team are invaluable. When not in the office, Bonny loves to spend time with her young family. She enjoys the rural lifestyle Singleton has to offer and often competes locally on her Australia Stock Horses. Bonny has strong ties to the community stemming back 5 generations. Her bubbly, infectious personality, friendly nature & love for life makes her well known in the local area.

According to our records Bonny Solman generally sells approximately 35 properties a year at an average price of $438,701 (at time of calculation). Bonny Solman appears to specialise in selling houses in Singleton and Sedgefield.

Andrew has seen the Central Coast grow from a sleepy beachside/holiday destination to a thriving commuter hub,now part of the Sydney metropolitan area, that still retains its casual, coastal lifestyle appeal.

An individual driven by results, focused on achieving the best outcomes in
every situation.

“To foster a co-operative working relationship based on open communication and the shared of objective of achieving a successful sale at a premium price in the shortest possible time frame.”

With over 20 years experience in property, and 1500 property sales, Andrew has unrivalled expertise to deliver the best outcome for his clients.

Some of Andrews achievements include:

According to our records Andrew Macdonald generally sells approximately 33 properties a year at an average price of $635,059 (at time of calculation). Andrew Macdonald appears to specialise in selling houses in Point Clare and Tascott.

According to our records Peter Dunn generally sells approximately 38 properties a year at an average price of $392,342 (at time of calculation). Peter Dunn appears to specialise in selling houses in Singleton and Broke.

Get an appraisal from the top agents in your area.
Fill out our form and we’ll be in touch with your top 3 agents straight away.

Search for Agents in your Suburb

The information contained in this Site (Information) is for general information purposes only. It does not take into account your specific needs, objectives or circumstances, and it is not advice. Any reliance you place on the Information is at your own risk. Before acting on any Information, we recommend that you consider whether it is appropriate for your circumstances, carry out your own research and seek professional advice, where necessary. See Disclaimer for further information.

It’s easy: we’ll contact you quickly to confirm your top 3 agents, and then agents will send you an appraisal.

Your phone and email will not be used for marketing purposes or shared with any third parties not directly related to your property appraisal. See Privacy Policy.

By submitting you agree to the Terms and Conditions
It’s free; we’re paid by the agent, only if they sell or rent your property.

Then quotes from them in 24 hours. 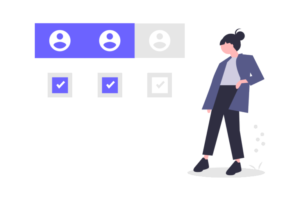 Plus: sales data, local market conditions & costs to sell from your top agents.